If your gums are bleeding, here are some reasons why and what you can do about it. 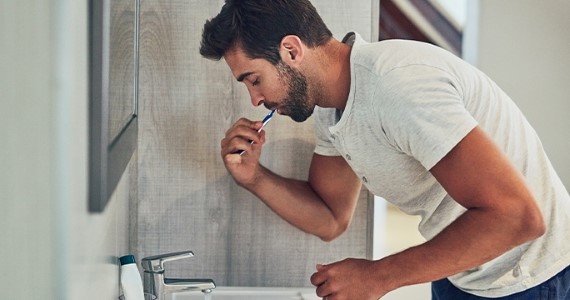 While brushing your teeth, have you ever noticed some blood in the sink? There are many reasons you could notice blood, but the most common is from bleeding gums. Why your gums are bleeding can be caused by many different things. It could also be an indication that something else is going on.

First of all, what are your gums? It's the soft tissue surrounding your teeth. Healthy gums should appear pink and firm, not red and swollen.

Your gums could be bleeding if you're brushing or flossing too vigorously. Gum tissue is delicate and can be damaged by your toothbrush bristles. You should be using a gentle, circular motion while brushing to massage your gums and clean your teeth. Also consider using an electric toothbrush, which is specifically designed to clean your gum line more easily. When flossing, don't force the floss between your teeth. Instead, carefully slide it up and down along the curve of the tooth.

Bleeding gums are often a sign of gum disease. Over three-quarters of American adults over age 35 have gum disease. Of these adults, most have a mild form called gingivitis. It's caused by a buildup of plaque along your gum line. If you have gingivitis, your gums may be inflamed, tender, red and swollen-and can bleed when you brush.

The good thing is that if you catch gingivitis early, you can reverse it. Following a good dental care routine is key. Remember to brush twice a day, floss every day, rinse with an antibacterial mouthwash every day and visit your dentist regularly.

There are other reasons that your gums might bleed, including:

Healthy gums start with good dental hygiene. If you're following good dental care habits and your gums are still bleeding, talk to your dentist or dental care provider. Keep in mind, preventive care is covered when visiting in-network providers. If you need to find a dentist in our network, you can find one using our Find a Provider tool.